The interferometry activity of the Astrophotonics group addresses the development of three-dimensional integrated-optics beam combiners for infrared stellar interferometry.

The cornerstone of the research is the optimization of the performance of discrete beam combiners, i.e. beam combiners based on arrays of evanescently coupled waveguides.

The larger the telescope, the smaller the details we can see on a distant object. The ability of resolving these details is called “angular resolution”. The smaller is the number for the angular resolution, the smaller is the object you can see. A 100 Km telescope could, one day, allow us to see (“resolve”) the "palms and the trees" on a nearby extrasolar planet. Obviously we cannot build a 100 Km telescope on Earth. The largest monolithic telescope mirror we can manufacture is as large as 8 m. The Keck telescope is 10 m wide but its mirror is composed of separate segments. If we could separate the segment of the Keck telescope to as far as 100 Km, can we see the palms and the trees on a planet orbiting another star? The answer to this question is: "in principle, yes”. We would have to wait (“integrate”) for a long time.  The light collected by a single 100 Km mirror is not the same as the light collected by many 10 m mirror separated by distances of 100 Km!

Long-baseline stellar interferometry combines the light of widely-separated smaller telescopes to generate high-resolution images of distant objects. The distance between telescopes is called “baseline”, and the longest baseline decides the best angular resolution of the interferometer. Today, a few optical observatories in the world can offer interferometric capabilities. The longest operational baseline is located at the Center of High Angular Resolution Array (CHARA) in Mt Wilson, California with baselines up to 330m. With that baseline, we would be able to read a 2mm letter on a newspaper 200Km away. In the southern hemisphere, the Very Large Telescope Interferometer (VLTI) can combine up to four 8m telescopes, or four 2m telescopes on a baseline up to 200m.

Such arrays are routinely used to make pictures of stellar surfaces, for example, image of star spots on stars other than the sun, rapidly rotating stars that look like a football, discs where planets are formed, stars rotating around each other, and exchanging matter in violent explosions. The combination of interferometry and spectroscopy (analysing the colours in the starlight) can be further used to extract even more information (for example, the velocities of the gas in a planet-forming region).

Recent advances in stellar interferometry have been achieved through the use of integrated optics components. Integrated optics is to bulk optics what microelectronics is to discrete electronics. The optical components equivalent to lenses, prisms, splitters are shrunk to sub-mm size. A traditional beam combiner using bulk optic components is aligned on a large optical table. The alignment would drift, and change with time and temperature making high-resolution images almost impossible to obtain. All that is now shrunk in a slab of glass few mm across, needing no adjustment, and perfectly stable. A current trend is to extend the capabilities of these integrated optics beam combiners to allow the simultaneous combination of more than 4 telescopes and extend their wavelength coverage to the infrared wavelengths where objects as cold as planets can be observed.

The discrete beam combiners (DBC), that we designed and developed at innoFSPEC Astrophotonics group, have no complexity, and have the simplest geometry of all other types of beam combiners. The DBC allows a straightforward scaling to larger arrays of telescopes by simply extending the number of waveguides in the array. 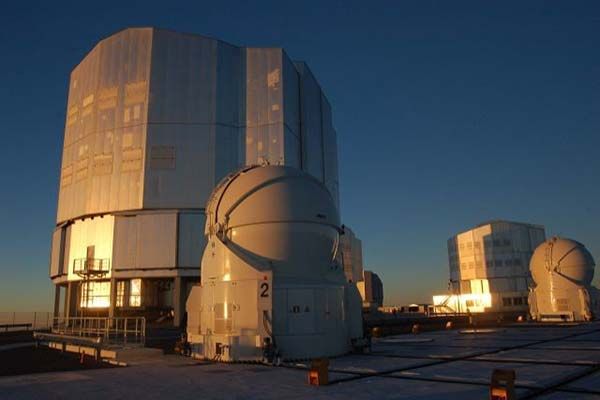 The Very Large Telescope Interferometer (VLTI) of the European Southern Observatory is one of the leading interferometric observatories in the world, which can combine up to 4 telescopes at a time (6 possible with upgrades). 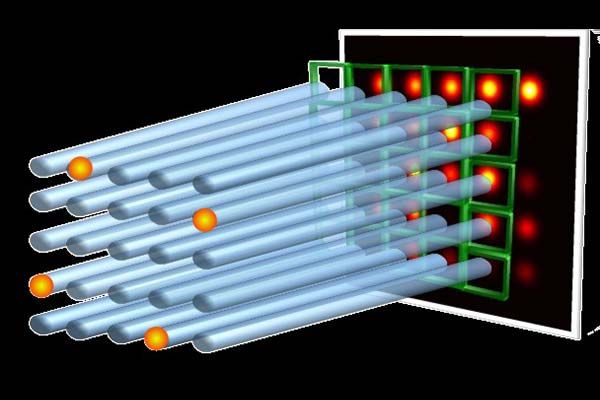