Atmospheric turbulence is the main limiting factor for the achievement of high-resolution images with single aperture, ground based telescopes. Local, small-scale (from centimeters to meters) variations of the air density are corrupting of the spatial coherence of light arriving from the stars. As a consequence, a telescope can focus the light on a spot which is usually several times larger (up to ~100 times with extremely large telescopes) than the theoretical focusing capability of the telescope itself (diffraction limit). This effect limits the widespread use of compact astronomical instrumentation based on integrated optics components, which require light with high spatial coherence to couple efficiently into single-mode waveguides.

Two possible approaches have been identified so far to improve the coupling efficiency of starlight into integrated optics components.
The most direct approach consists in actively correcting for the distortion of the spatial coherence of starlight. This is already possible thanks to adaptive optics, a technique using a deformable mirror to correct distortions in real time and focus the starlight town to the diffraction limit. This approach is however a very expensive and complex one, especially for very large telescopes.
A photonic solution to this problem is use a photonic lantern (Leon-Saval et al. 2005) to distribute the light collected by a multimode fiber placed at the focus of the telescope into several single-mode fibers outputs. Many copies of the integrated optics instrument could then be connected at each output port of the photonic lantern. However, the limit of this approach is the average light flux at the individual outputs, which corresponds to that of a telescope with a diameter of a few centimeters.

The ‘AO-assisted Astrophotonics’ activity of the ‘Integrated Astrophotonics’ group will investigate both theoretically and experimentally how to take advantage from both approaches. Besides investigating fundamental aspects of starlight coupling into integrated optics we will eventually consider to verify our results by delivering an optimized interface for starlight injection in an astronomical instrument based on integrated optics components. 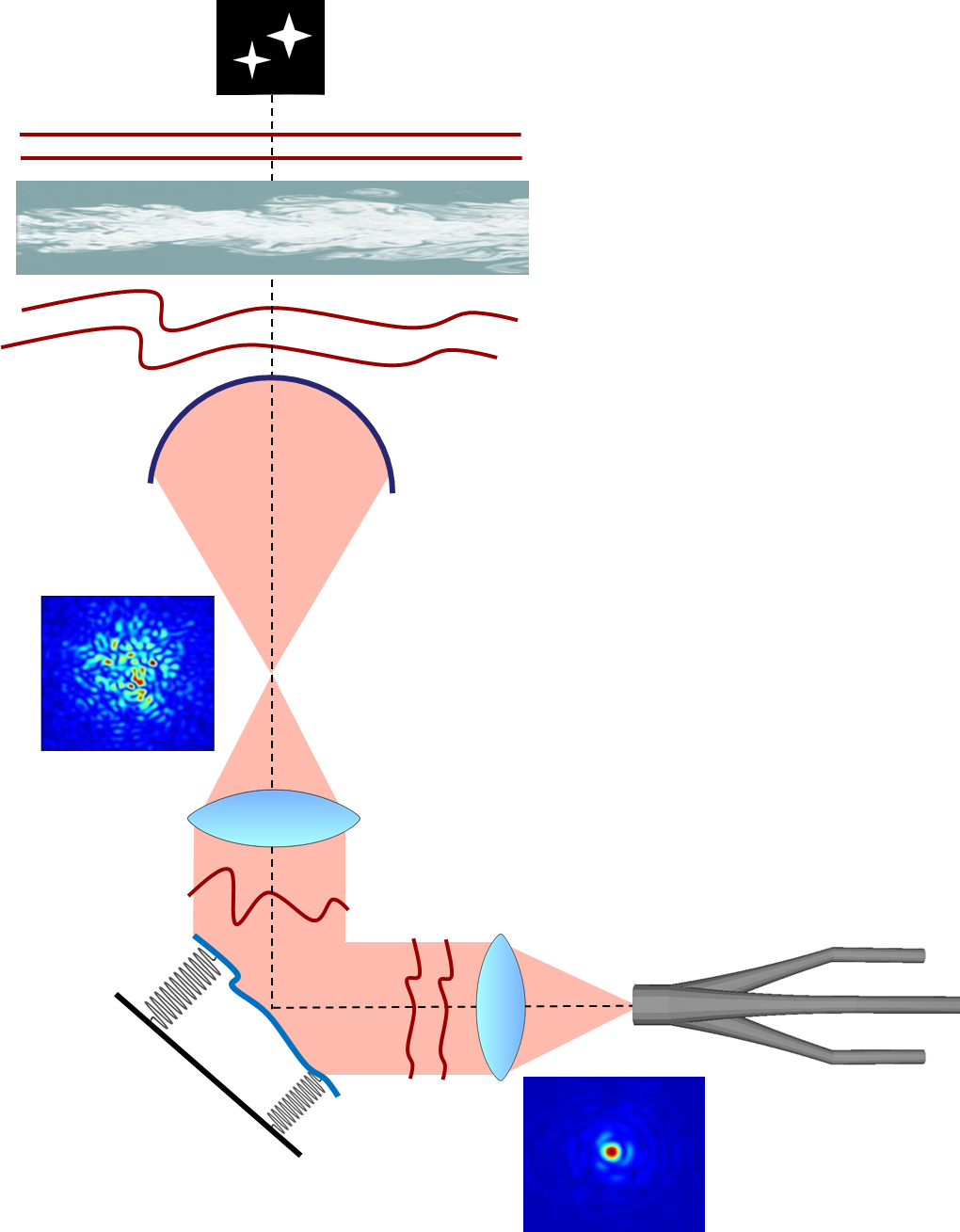 Description: Starlight distorted by atmospheric turbulences focused by a telescope ans corrected by a low-order AO system before getting coupled into a photonic lantern. 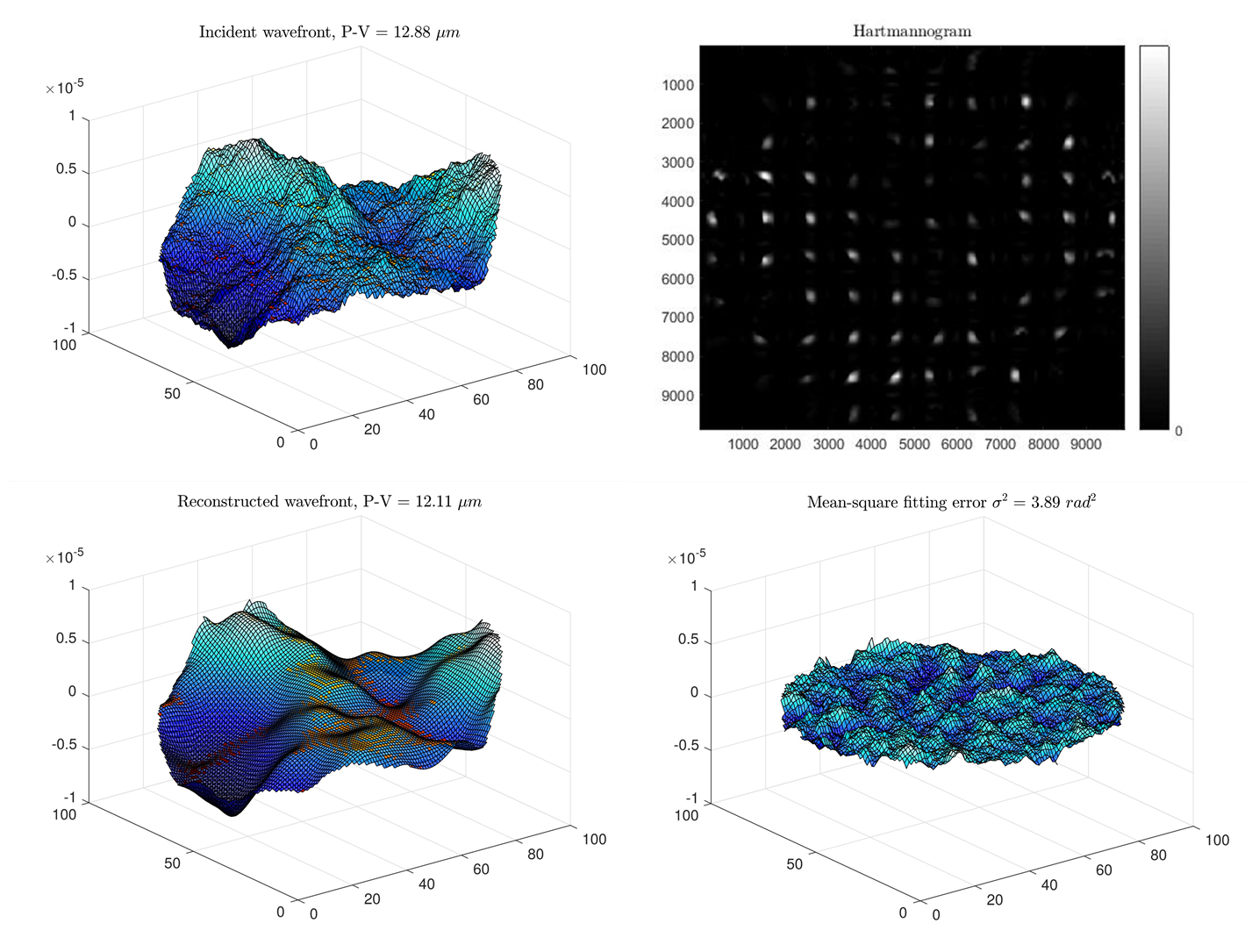 Description: Distorted phase and reconstructed by a deformable mirror to produce a partially-corrected wavefront.