innoFSPEC as a leading Astrophotonics Institute

The Astro2020 Decadal Survey is an extensive strategy process in the U.S.A., whose goal is to identify research priorities in Astrophysics over the next 10 years, with an important impact on government funding of major research infrastructure such as ground based observatories and space missions. The process has begun with an open call for ideas that was implemented through the collection of so-called White Papers on a variety of topics, with a deadline on July 10, 2019.

A White Paper by Gatkine et al. on the subject or Astrophotonics was made publicly available, closing with a recommendation to create a distributed, multidisciplinary Institute of Astrophotonics in the U.S.A.

innoFSPEC in Germany and CUDOS in Australia are mentioned as successful models for such an endeavour. The White Paper, co-authored by a number of prominent researchers from NASA and elsewhere, including Nobel laureate John Mather, is an encouraging confirmation of the mission and research strategy of innoFPEC Potsdam. 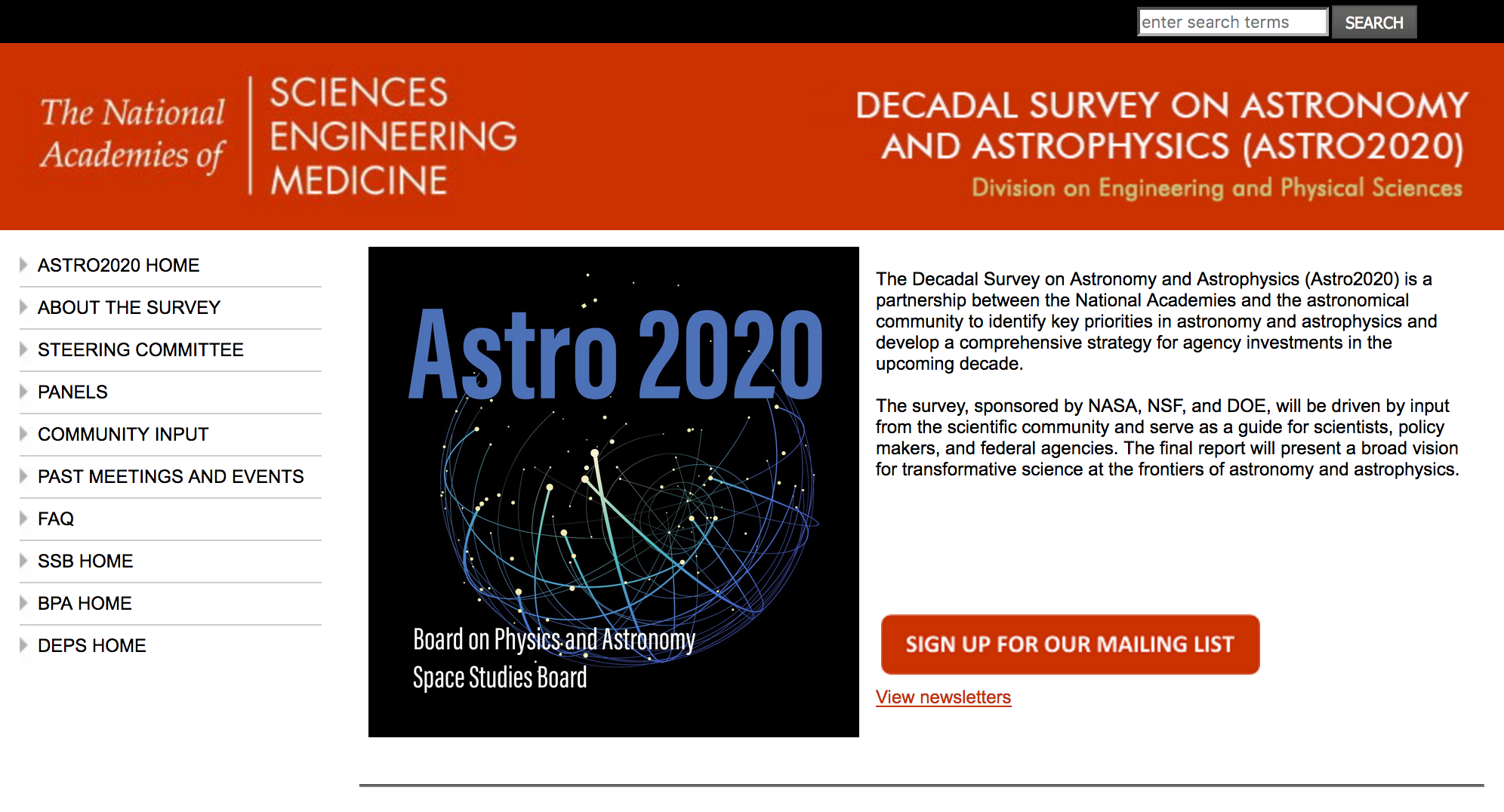 © The Decadal Survey on Astronomy and Astrophysics (Astro2020)